"The human mind is potentially Infinite and Creative.
But in practical reality it is limited.
So a technical know-how is required through which
one can expand his mind to bring about the equilibrium
that enables him to control his physical structure
and experience his Infinite Self."
(Yogi Bhajan)

An Adventure in Consciousness

The Word Yoga origins in the Sanskrit root-word Yuga or Jugit. They both mean "to join together", or "to unite". Yoga is the union of the individual's unit consciousness with the Infinite Consciousness. Yoga can also be understood as union or integration, as well as in a sense of "harnessing" and "tightening" of all forces for accumulation and concentration.

The definition of a Yogi is a person who has totally leaned on the Supreme Consciousness, which is God, until he or she has merged the unit self with the Infinite Self 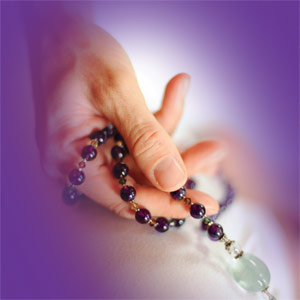 A Technology of Awareness

Yoga is a technology of awareness. It starts with the universal human predicament that regardless of your individual level of experience and awareness, the underlying reality of every human mind is that it is both infinite and creative in potential. This unlimited potential is limited in practical action. Your possibilities meet with your actualities at the border of awareness. Awareness varies and gives you different choices and capacities. To break the unconscious limits, a person needs a technical know-how. That knowhow is required to expand the caliber and capacity of the mental faculties, to bring about an equilibrium, to control the physical structure and to experience the Infinite Self.
The techniques of yoga offer a user manual for the human consciousness. Yoga explores our dimensions, depth, nature, and potential as human beings.

Yoga provides the techniques and awareness to stay healthy. It promotes a healthy immune system, vital glands, a strong nervous system, good circulation and a keen awareness of the impact of our habits. This foundation gives us energy and lets us deal with the mental and spiritual facets of our life.
Yoga in all its various forms and schools is ideally suited to counteract problems like stress, insomnia, back pain, lack of exercise, nervousness, lack of concentration and mood swings. Here, the effects and success are all the more a clearer, the more regular and long-term the techniques are applied. It is a kind of self-training, where from the positive experience that the exercises provide, we learn to develop health-oriented and life-affirming habits. 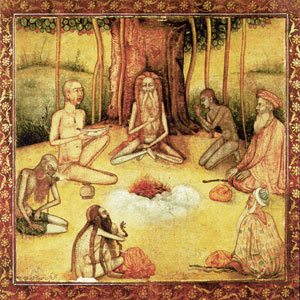 Yoga has its origins in the human experience. These techniques for living a healthy, happy, and spiritually aware life have developed through thousands of years and across many civilizations. The human sciences of yoga are said to have been first systematized and used in their evolved forms over 40,000 years ago. They were openly taught and integrated into daily living. These systems were not a mystical activity. The work of the early yogis was based upon tangible observations of energy and the effects of different activities and attitudes on the balance of those energies in the individual.

All forms of yoga focus on stimulating and regulating the human energy that is the very essence of consciousness. This energy is called the Kundalini. As it originally evolved, each student of yoga worked on all aspects of himself. He exercised the physical, disciplined the mental, analyzed and discussed the world intellectually, etc. Yoga was holistic, permeating every level of human existence. With the passage of time, the techniques became diluted and divided. As individuals catered to their different needs and personalities, they chose to emphasize and practice separate components of the total yogic system. Some preferred just exercise, ignoring mantra; some did mantra and meditation without breath control. Over time this led to the ultimate recognition of 22 different schools of yoga. Of this original division of 22, fewer than a dozen schools of yoga are widely practised today, of which the most known are the following ones:

The Bhagavad Gita, one of the central scriptures of the vedic high culture of India based on the Vedas, the Upanishads, on Brahmanism and on Yoga, calls Karma Yoga, Bhakti Yoga, and Gyan Yoga the "Tri-Marga" or Threefold Path.

Karma Yoga is action in service to the boundless will of the soul. Each action becomes a Dharma, a joyful duty. It is selfless action with no thought of reward.

Bhakti Yoga: Transcending Self through Love

Bhakti Yoga is the path of devotion, commitment, total and complete surrender to the love of the Divine as the Beloved.

Gyan (Jnana) Yoga: See with the Eyes of Wisdom

Gyan means knowledge, or more specifically, the experienced knowledge inside oneself. Gyan Yoga, also known as Jnana Yoga, is the path of intellectual discrimination, knowing clearly without the subconscious clouding the clarity. It is the path of the intellectual and intuitive realization of the Divine in which one sees God in everything.

Hatha Yoga is the most popular and widely-practised form of yoga in the West. It concentrates on perfecting the physical body in order to affect the mind and consciousness. It utilizes 84 postures (Asanas), 24 Mudras (energy seals), and three Maha-Mudras, along with breath control. Hatha Yoga can be understood as a science where the sun and moon energy are directly united to raise the Kundalini. Hatha Yoga requires many years of practice under a knowledgeable teacher to reach perfection, and it emphasizes flexibility and patience.

Raj Yoga, the Royal Path, is referred to as the Yoga of Meditation. It is a science whose philosophy includes the path of Ashtanga Yoga (the Eightfold Path), expounded by Patanjali. Raja Yoga involves the study of the psychic centers, and the development of the will and mental faculties as carriers of the great spiritual energy. It can also be called "royal mastery of yogic virtues and values". Traditionally, this path called for a concentrated, monastic type of life, and needed years to reach perfection.

Kriya Yoga is the discipline to bring actions to a fulfillment and completion within the self. In the Yoga-Sutra of Patanjali it is mentioned as the combined practice of cleansing exercises (Tapas), deep study (Svadhyaya), and devotional conscious worship of the Supreme One in all (Ishvara-Pranidhana). 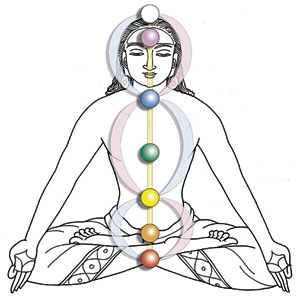 Ashtanga Yoga: The 8 Arms of Yoga by Patanjali

Between 200 and 600 B.C., Patanjali identified 8 interconnected aspects of Yoga. The 8 Arms are equally important and necessary in order to progress steadily in the refinement of the spirit and of distinguishing the true from the illusory. They are called "arms" or "parts" and not "steps" to highlight their integrated nature. In relation to each other, the 8 arms grow a little, thereby allowing the coordinated use of all parts of Ashtanga Yoga:
Samadhi: Awakening and absorption in the Spirit-Soul
Dhyana: Deep Meditation
Dharana: Concentration focused on one point
Pratyahar: Alignment of senses and thoughts
Pranayam: Control of Prana (life force)
Asana: Body postures for health and meditation
Niyama: 5-fold discipline
Yama: 5-fold Mastery.

Tantra means to "weave". It is the precision of consciousness as measured in terms of latitude and longitude. Tantric Yoga is the way of union of the male-female polarity in individual consciousness. Through the practice of Tantric Yoga, subconscious and mental blocks to living one's potential are cleared.
There are three kinds of Tantric Yoga: red, black, and white. Red Tantra Yoga involves physical sexual practices. Black Tantra Yoga involves the control of others through the use of mental power or the control of the elements through the refinement of mental power. Neither are a part of White Tantra Yoga.
White Tantra Yoga is only practiced under the direct supervision of the Mahan Tantric, in groups of couples. It involves the controlled use of group and individual energy generated through maintaining a position, mantra, concentration, and communication between the individuals and the group, under the protective aura of the Mahan Tantric. White Tantric Yoga is the reclaiming of innocence and the acquisition of purity of the subconscious through a close synchronization of the individual in their polarities with Infinity.

Kundalini Yoga is a science which works directly on the 7 Chakras (the Energy Centers), the Arcline and the Aura (which is called the 8. Chakra). It works on the total energy, and that flow of energy has one simple way: either you sway it or it sways you. Either you are above the energy and ride it, or you go below the energy and it rides you. That is where Kundalini Yoga fits in: you will learn to ride your energy, to experience it and penetrate any given situation to attain a balance.
Kundalini Yoga works equally with all elements of Yoga: posture, movement, breath control, mental focus, meditation, mudra (special hand positions) mantra and sound. Therefore, for the practice of Kundalini Yoga, today we offer a wide range of wonderully inspirng and supportive mantra music. Kundalini Yoga was first brought to the West in 1969 by Yogi Bhajan. 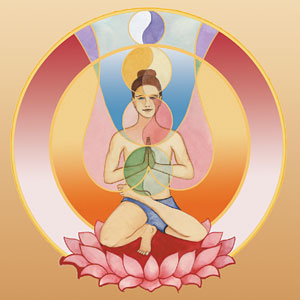 The Yoga Sutras of Patanjali

In the vision of Patanjali, and most Eastern and esoteric traditions, knowledge serves the function of awakening and even redeeming. It is through clarity, intuition, and understanding the timeless nature of the Self, that we can transcend suffering and stop the unconscious actions that create problems. Sutra means "thread". 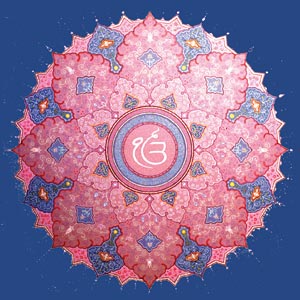 The 8 Arms of Yoga & the 5 Coarse Elements of Ayurveda

The science of Yoga has a clear link with the coarse material elements of life, from which everything is made in our human cosmos - herein consists the connection between Yoga and Ayurveda, the ancient Science of Life:
Ether: The creative inner space, controlled byh Pratyahar, Dharana, Dhyana and Samadhi.
Air: Sensibility and feelings, guided through conscious breathing - Pranayam.
Fire: Energy and the urge to do something, cultivated through physical exercise - Asana.
Water: Emotional impulse, guided by the Niyamas - the 5 disciplines.
Earth: Habits, reflected by Yamas - the 5-fold Mastery.